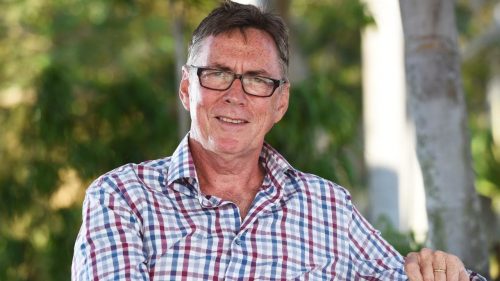 The Northern Territory parliament passed laws on Wednesday 13 February to regulate the sale, supply, promotion and use of e-cigarettes and heat-not-burn devices as strictly as conventional tobacco products, even though they contain no tobacco, do not combust or release smoke. The legislation will commence on 1 July 2019.

The Northern Territory has the highest smoking rates in Australia and has missed an opportunity to endorse vaping and hnb products as safer alternatives for smokers who cannot quit. The legislation was supported by both the government and opposition parties, but was opposed by some individual members.

Independent MP, Terry Mills argued powerfully against the Bill and in favour of vaping as a result of seeing how effective vaping is first-hand.

He told parliament that his wife had finally been able to quit smoking after 38 years by switching to vaping.

As he explained in parliament, vaping is 'significantly less harmful than smoking' and that 'it is the smoke, not the nicotine, that is the carcinogenic element'.

He explained further 'The combustion in a traditional cigarette creates an intense chain reaction of harmful constituents that causes heart disease, cancer, and other known diseases that are undeniably associated with cigarette smoking. However, vaping does not create smoke. Instead of burning tobacco, it heats it at the much lower temperature of around 350 degrees. This is just enough to allow a process to heat a substance in a liquid-based format to create an aerosol vapour which acts as the delivery mechanism for nicotine instead of smoke'

He showed a good understanding of tobacco harm reduction with this analogy: ‘We think Coca-Cola is an unhealthy drink so we should not allow them to have Diet Coke’. There is a space for a different approach to this so that those who are trying to free themselves from this addiction can move from it'

Mr Mills pointed out that Australia is now' dramatically out of step with almost everywhere in the OECD'.

'The Australian Government has resisted following in the footsteps of almost all OECD countries, including New Zealand, Canada, the United Kingdom and the whole of Europe, in making reduced risk, electronic nicotine delivery non-combustible tobacco systems available to adult smokers.'

Mr Mills pointed to his discomfort in reducing freedoms. 'I do think it is not reasonable to essentially condemn a population to only smoking cigarettes when better alternatives to smoking are available.'

By not endorsing vaping, Mr Mills felt that the parliament was exempting itself from responsibility and losing control to overseas businesses, where consumers will not need to go to access nicotine.

Fact sheet on NT e-cigarette laws, to apply from 1 July 2019