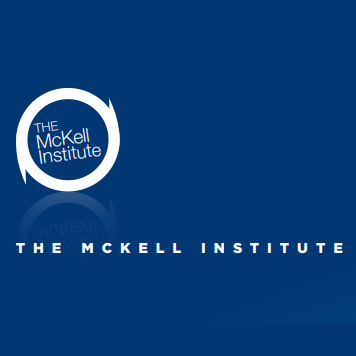 Legalising vaping in Australia: a report by the McKell Institute

The McKell Institute published today a report titled 'Legalising Vaping in Australia' which explores the regulatory framework surrounding vaping as a means of tobacco harm reduction in Australia.

The report finds that 'legalising vaping has enormous potential to improve public health, particularly for disadvantaged smokers who are disproportionately affected by smoking-related diseases'.

In spite of a substantial fall in the smoking rate over several decades, nearly three million or 15.2% of Australian adults still smoke tobacco. (1) Smoking remains the leading preventable cause of death and illness in Australia. (2) Smoking is especially prevalent in disadvantaged populations such as Indigenous people, low-income groups and those with mental illness or substance use and is a major contributor to health and financial inequalities.

The long-term decline in smoking rates in Australia has slowed considerably since 2013. (1,3) Many Australian smokers are unable to quit in spite of Australia having the highest cigarette prices in the world, plain packaging and strict tobacco control laws. Ever-increasing tobacco prices place a huge financial burden on low-income smokers and are almost certainly contributing to a growing illicit tobacco industry. New and effective strategies are needed.

One option being widely used overseas is vaping (using an e-cigarette). Vaping is a reduced-risk alternative to smoking for adult smokers who are unwilling or unable to quit. (4) Vaping delivers the nicotine smokers are addicted to along with the hand-to-mouth ritual smokers enjoy, but without most of the harmful toxins present in smoke. (4) Australia imposes a de facto ban on vaping and is increasingly out of step with other similar countries, such as New Zealand, the United Kingdom, the European Union, Canada and the United States. Smoking rates are declining faster in many countries where vaping and other reduced-risk nicotine products are legal and readily available. Ironically, it is illegal to possess nicotine liquid for vaping in Australia without a prescription from a doctor although smokers can readily purchase higher-risk cigarettes from supermarkets and most corner shops.

Vaping is not risk-free, but long-term use is estimated by several reputable authorities to be no more than 5% as harmful as smoking. (4-6) There is convincing scientific evidence that vaping helps some people quit smoking, including a recent, large randomised trial which found that vaping is nearly twice as effective as conventional nicotine replacement therapy. (7) Vaping is now the most popular quitting method in the United Kingdom, (8) the United States (9) and the European Union. (10)

Vaping provides another quitting strategy at no cost to the public purse. Smokers who switch to vaping can expect substantial improvements in health as well as large financial savings, of special importance to low-income groups. Fears of vaping being a gateway to youth smoking, renormalisation of smoking and uptake by non-smokers have not materialised to any significant extent in over 10 years of overseas experience so far. (4,5)

Legalising vaping has enormous potential to improve public health, particularly for disadvantaged smokers who are disproportionately affected by smoking-related diseases.

We recommend that vaping products should be primarily regulated as consumer goods rather than as a therapeutic, medicinal or tobacco product. Regulation should aim to maximise the benefit for adult smokers while reducing any potential risks to users and harm to the wider population, especially young people who have never smoked. Regulation should be proportionate to the risk of vaping.

3 Replies to “Legalising vaping in Australia: a report by the McKell Institute”

The McKell report summaries well the rationale for ensuring access to Electronic Nicotine Delivery Systems, that is non-combustible delivery.

Thanks for this work.

Why is there no competing interest statement in this publication? The authors are both directors of ATHRA, which has been funded by two commercial vaping interests and KAC, a company funded by the fully Philip Morris funded Foundation for a Smokefree World. ATHRA's recent statement that it would no longer accept funding from vape involved companies does not preclude it from making such declarations, which do not extinguish for three years after the funding ceases (see NHMRC, Cochrane Collboration, CRUK, JAMA etc).

Thank you for your interest in our report which outlines how legalising vaping could lead to substantial net public health gains, particularly for disadvantaged smokers who are disproportionately affected by smoking-related diseases.

It is disappointing that you have chosen to ignore the substance of the report and focussed solely on an attempt to undermine it.

The authors of the report have never received funding from the vape or tobacco industries. In fact, most of our advocacy work is entirely self-funded. Both of us receive no direct or indirect payments or benefits from ATHRA.

A conflict of interest statement will appear in the final version of the report when it is typeset and printed online.