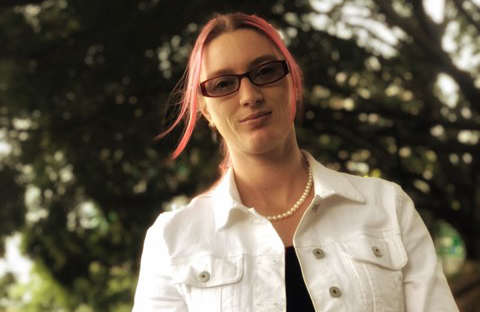 Should Samantha stop vaping in pregnancy?

SAMANTHA is a 26 week pregnant Queensland mum who vapes. Some experts think she should stop vaping to protect her child. What do you think?

Smoking can be an incredibly powerful addiction, and it is especially hard to quit in pregnancy. One in eight pregnant Australian women still smoke.

Samantha was a heavy smoker (30 cigarettes a day) and had desperately wanted to quit for years but had been unable to do so. She smoked in her 3 previous pregnancies, resulting in 3 small babies, one as little as 5 lbs.

She had tried and failed all the available treatments, Champix, nicotine patches, gums, inhalers, cold turkey and more.

Samantha discovered vaping about 12 months ago and made the switch. She was using 3-6mg/ml nicotine and reduced to 1mg/ml when she became pregnant.

She has already noticed a benefit. Her baby so far is the normal size for the first time ever.

What is the evidence?

While vaping is not totally risk free in pregnancy, it is likely to be far less harmful than smoking for women who can’t quit. The UK Royal College of Physicians has estimated that e-cigarettes are likely to carry at most 5% of the risk of smoked tobacco.

Unlike vaping, smoking releases thousands of chemicals from burning tobacco including carbon monoxide, which is particularly harmful to developing babies.

'Electronic cigarettes are not completely risk free, however based on the current evidence they carry a fraction of the risk of smoking and ... are much safer for you and your baby than continuing to smoke'

One study of 129 women found that women who vaped in pregnancy had normal-weight babies and the same delivery outcomes and pre-term delivery rates as non-smoking mothers.

Nicotine patches and gum are approved by Australian authorities in pregnancy. Although they are widely used in pregnancy, success rates are very low. There is no evidence that nicotine causes harm to the human fetus. While there is some evidence of potential harm in animal and laboratory tests, it is not clear how this translates to humans, if at all.

In fact, a large study showed that women who used nicotine replacement products in pregnancy, even for a short time had healthier infants after 2 years than smoking women who did not.

According to the UK Smoking in Pregnancy Challenge Group

'While it is nicotine that makes tobacco so addictive, it is relatively harmless. Nicotine replacement therapy is widely used to help people stop smoking and is a safe form of treatment, including during pregnancy'

Advice for pregnant women who smoke

ATHRA supports Samantha’s decision to continue vaping in pregnancy. The health benefits to her baby are already clear. She should only stop vaping if she can be sure of not relapsing to smoking.

Smoking is the greatest cause of preventable harm to the mother and child during pregnancy. While more research is being done, switching to vaping appears to be a far safer alternative.

ATHRA agrees with the advice from the following organisations:

The Royal College of Midwives

Women who switch to vaping in pregnancy should try to stop smoking completely as even a little smoking is very harmful. 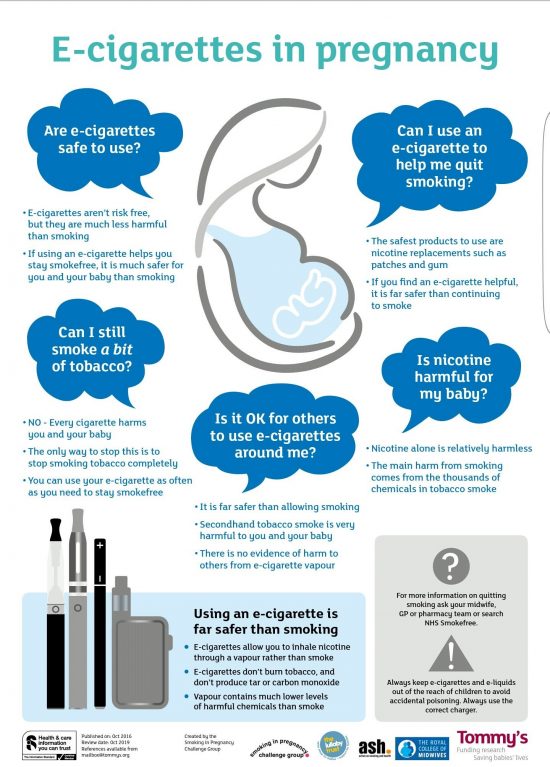 Infographic from the Smoking in Pregnancy Challenge Group, UK.