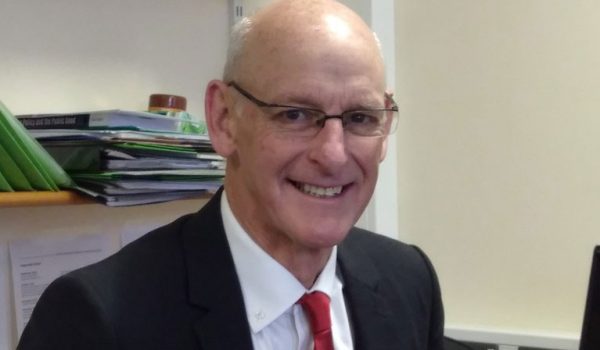 The truth about e-cigarettes. An expert view

Professor John Britton, director of the UK Centre for Tobacco & Alcohol Studies at the University of Nottingham, outlines the truth about vaping and calls out the overreaction and hysteria by some commentators. This article from BBC Science Focus is so helpful, we have reproduced it in full...

San Francisco recently became the first US city to ban sales of e-cigarettes, citing the fact that the long-term health effects of vaping are still unknown and that there seems to be an upswing in young vapers. However, some people believe this decision may turn former smokers who now vape back onto traditional tobacco products.

What do you make of San Francisco’s recent decision to ban the sales of e-cigarettes?

It’s not something that’s happening anywhere else in the world.

I think the USA generally and San Francisco particularly is getting into something of a moral panic.

What they have had, over the last year, is a big increase in the use of a particular product which delivers very high amounts of nicotine. It looks like a USB stick and you charge it like a USB stick. So, quite a novelty product.

And that hasn’t been a problem until last year’s data came out, because smoking prevalence rates have been falling in children in America just as they have in the UK, but the 2018 figures had a slight uptake with a big increase in vaping, and so that has been interpreted as a sign that vaping is producing a whole new generation of nicotine addicts. And on that basis they’ve banned it.

Will this prove effective?

I think it’s a gross overreaction, but the USA does have a problem in that it has never endorsed the use of electronic cigarettes as a way of quitting smoking in the way that we have in the UK, and it has never prohibited advertising [e-cigarettes] to children, and the brand in question has been advertised strongly on social media to young people.

So, in effect, you get what you ask for and that’s what’s happened. But the solution of banning the sale of e-cigarettes strikes me as being utterly unenforceable, as you just go out of the city to buy them, so how do you then achieve anything?

The problem is advertising nicotine products to children and selling them to children, not the fact that these products are harmful to society as a whole.

People mention that the flavours of e-cigarettes, like mango or cherry, for example, make them more appealing to children.

There may be some truth in that, but it’s also true that most smokers – and I’ve never been a regular smoker, so I find this hard to believe – say that they find the sensation of inhaling nicotine vapour quite difficult to cope with. And the flavour makes all the difference for many vapers between being able to use the product.

So, again, it’s important not to throw the baby out with the bathwater. You can ban flavours, and protect children, but then you stop hundreds and thousands of smokers from successfully transitioning to something that’s going to prolong their life.

In the UK, The NHS actually recommends switching to e-cigarettes if you want to stop or cut down on smoking tobacco.

Yes, the most effective way to quit smoking is to use nicotine replacement therapy, and electronic cigarettes. There was a trial published in the world’s leading medical journal, which happens to be an American one, the New England Journal Of Medicine, showed that in a randomised trial in the UK...

people in smoking cessation services who are allocated to e-cigarettes in addition to conventional nicotine replacement therapy are about twice as likely to quit. And they are effective quitting agents, so we should be promoting them.

Most smokers want to quit smoking. All smokers know that it’s harmful but they find it difficult to find something that is an effective substitute to smoking.

You need decent amounts of nicotine to be delivered, which most nicotine replacement therapies alone don’t do, and you also need to have the essential behaviour stimulation, like sharing cigarettes with friends.

You can go out with other people and smoke and vape and you’re not ostracised. You don’t go out with a group of smokers and stick a nicotine patch on your arm and say ‘hey, that seems cool, we’re sharing nicotine together’. It looks stupid.

Using e-cigarettes isn’t without risk though, is it? What does the current research say?

They aren’t new. They’ve been around for 15 years; they’ve been in widespread use in the UK for about seven years.

There’s been no appreciable reported adverse effects, with use by millions of people. So, if that was a drug, you’d be pretty confident that there are no major adverse short-term effects.

Long-term, because you’re inhaling a hot vapour which has got foreign materials in it into your lungs, it is likely that there will be some lung damage from it. But, if you look at the levels of these things, you will see that the levels are a fraction of those of tobacco smoke. So on the one hand, it’s completely barmy, for you or I as non-smoking, non-nicotine users, to start using e-cigarettes.

But if you’re a smoker, it’s a no-brainer. You should switch.

But they contain nicotine, So isn’t that going to cause damage to your cardiovascular system, etc?

If you look at the general physiological profile of effects of nicotine on the body, it’s on a par with caffeine

So, you have maybe 80 per cent of the British population being addicted to caffeine. I’ve had discussions with people telling me how electronic cigarettes are harmful because they contain nicotine, while drinking coffee.

One Reply to “The truth about e-cigarettes. An expert view”

Also, let's not forget that even if our youth starts vaping they can get vape juice that has no nicotine in it. Yes vaping is very trendy but that doesn't necessarily mean that were giving our youth nicotine right off the bat. When I switched from smoking to vaping I started out at 12 mg of nicotine in my vape juice. But I have since weened myself down to 3 mg of nicotine so in a sense it is greatly helping people cut back on their nicotine consumption.