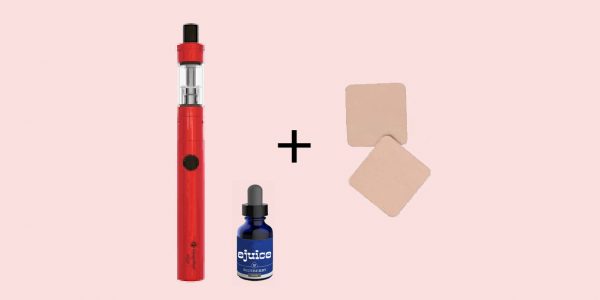 Hi I'm on day 2 of not smoking I've got a vape at the moment 10mg but I've been given 25mg step 1 of boots nicotine patches can I smoke my vape and use the nicotine patch. Thanks