Vaping is a gateway OUT OF smoking for young people

VAPING is likely to be diverting young people from smoking, rather than being a gateway to the deadly habit, according to new research. There is also scant evidence of a so-called “youth vaping epidemic”.

These were the findings in a new review published this week in the International Journal of Drug Policy by Australian academics Colin Mendelsohn and Wayne Hall.

The research debunks one of the major arguments used to justify Australia's ban on nicotine vaping products: that vaping is a gateway to regular smoking for young people who would otherwise not have smoked cigarettes

Although teen vaping is associated with later trying smoking, this does not prove that vaping has CAUSED the smoking.

A more plausible explanation is that young people who vape are risk-takers who are also more likely to smoke, drink alcohol, use cannabis and other substances and have unprotected sex. However vaping does not cause these behaviours.

Key findings from the study 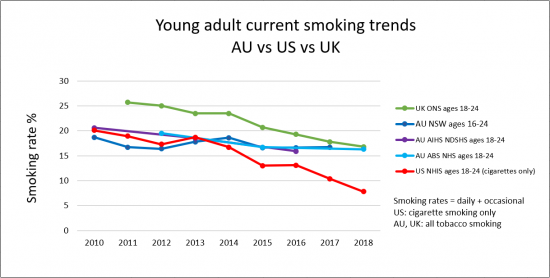 Young people should not vape or smoke. However, the reality is that they will take risks whether adults like it or not. It is better for youth to rebel by vaping than by smoking deadly cigarettes, as vaping has only a tiny fraction of the risks of smoking and is less addictive.

There is some evidence that vaping can change the brain and increase the likelihood of future substance use. However, there is no evidence that nicotine harms brain development (except in rodents).

Is a nicotine ban justified?

Australia is the only western democracy to ban the sale and use of nicotine. The ban on nicotine vaping is partly intended to protect young people from smoking. However, there is no good evidence that vaping nicotine is leading significant numbers of young people to smoke.

Australia’s nicotine ban is likely to have an overall harmful effect on public health by denying addicted adult smokers legal access to these less harmful products. Vaping is an effective and popular quitting aid for adult smokers.

A less restrictive policy would be better for public health by allowing nicotine vaping for adult smokers who are unable to quit with conventional treatments. It would also restrict marketing and access of young people to nicotine vaping by limiting how and where these products could be obtained.

Most importantly, it will save the lives of countless Australian adult smokers who are unable to quit.

Study finds that vaping is a gateway out of smoking for young people. Media release 6 March 2020

No funding was received for the preparation of this peer-reviewed research.